The school hosts a dress down day each month, and when teachers and students heard about the recent need at the Botanic Park due to the damage caused by Tropical Storm Grace, a student-led organisation called ‘Protect Our Future’ got to work encouraging their peers to help out.

“Our goal is to raise awareness on certain issues and create change around what we need to conserve; our slogan is education, refining legislation and vocalization,” explained Protect Our Future member, Thomas Dickens.

“We’re known very much for conserving the environment, but culture is also a significant aspect of what our organisation stands for and of course, the Botanic Park is saving and maintaining Caymanian heritage and Caymanian flora and fauna, so it’s critical to us that its protected, and that we get it back to where it was before Grace hit,” he added.

In trying to relate to the school’s core principles of Connect, Inspire and Serve, teachers allow the students to choose what they want to do for community service. “Some of our most impactful groups have grown out of student interest and what they want to see happen,” added Andie Urquhart, CIS Middle School Counsellor.

“It’s all student-led, the passion and motivation come from the students. Teachers guide them and try to connect them with people in the community to help them along with their initiatives,” said Ms. Urquhart.

QEIIBP General Manager, John Lawrus was on hand to receive the donation at last week’s assembly, thanking students for their generosity. “I’m very excited to be able to talk to you today about the Botanic Park and I appreciate the donation that’s been gifted to us.”

Regrettably, we did suffer immense damage and we are most likely going to put this towards repairing a portion of our greenhouse structure which is completely gone,” he said.

Protect Our Future member, Nicolas Corin indicated the group hopes to get further involved. “We’re super passionate about our work and we’re proud of how this all went. I think it was a success and we are looking forward to possibly working with the Botanic Park in the future,” he said.

The QEIIBP’s administrative body, the Tourism Attraction Board has expressed its gratitude for the kind donation made by the students of CIS and faculty of CIS stating, “Their donation will make a difference at the Park.  We applaud the Protect Our Future group for their drive to assist and thank the entire CIS student body and faculty for their selfless giving,” said TAB Director, Patrick Thompson.
<END> 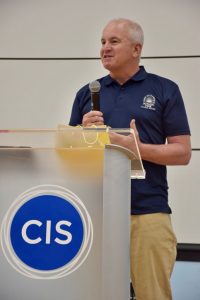 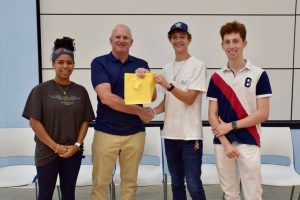 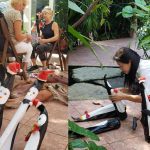 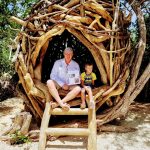