“Family encourages others to instill acts of service in children”

[Grand Cayman, Cayman Islands – September 13th, 2021] While most children eagerly await their annual birthday celebrations, mostly as an occasion to receive presents, one young boy has selflessly decided to forgo gifts and instead seek donations to aid a local cause.

For his birthday this year, six-year-old Callum Lewis asked his friends and family to make donations for the Botanic Park’s Children’s Garden in lieu of traditional presents.

Callum’s parents, James and Michelle Lewis, believe service to and for your community is humbling and rewarding and they are pleased with their son’s choice to abstain from receiving birthday gifts. “We are so very proud of Callum! He has everything in life that he would want and need. It’s important to him because it is helping grow something that he loves, and he gets to see the growth and enjoy it,” said Mrs. Lewis.

The Lewis’ invited Callum’s entire class, plus some of his other friends to his birthday party; more than 30 children were on the invite list and together they raised CI$400.00 towards the project.

“The value of botanic parks in our society is tough to measure, as a simple walk in nature provides much relief to our daily stresses that we always don’t even realize. Nature is so delicate and ever-changing, and without the understanding and respect from young person’s such as Callum, it may be lost on future generations as we move ever so quickly in the digital age,” said Queen Elizabeth II Botanic Park General Manager John Lawrus.

“Not only the importance of conservation of our natural world, but the passive learning that goes on as a child looks at the shape of a leaf or discovers an insect pollinating a flower are only a small part of what is intended to be accomplished by the Children’s Garden,” added Mr. Lawrus.

The Lewis’ hope to encourage more families to assist the Children’s Garden development, noting it will only benefit their kids now and children in the future. “We live on an island that is increasingly losing green space and if we don’t protect, expand, and celebrate the green space we have, what will we have to pass on to the generations to come?” she asked.

“What very few people understand is the Botanic Park is not fully funded by the government. It does receive some government funds for operations, but it is considered a non-profit. Any improvements, capital projects etcetera, have to be fundraised, as is the case with many of the charities on the island.” said Mrs. Lewis.

She encourages anyone who wants to instill acts of service in their children to give it a try. “There wasn’t a protest and he really got into deciding where he should donate his funds. Callum loves the Botanic Park and more importantly plants,” she explained.

“The Children’s Garden will ensure that our youth will be part of the important process of preserving and protecting this natural landscape, particularly through interaction, learning, and fun,” said TAB Director Patrick Thompson.

“To have a young person with the mindset of how equally important it is to give back to the community is truly heart-warming,” he said.
<END> 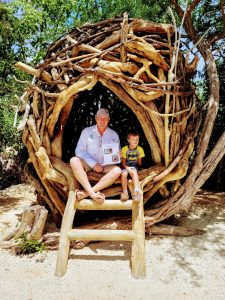 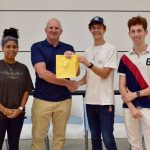 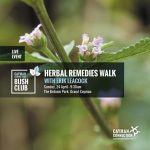